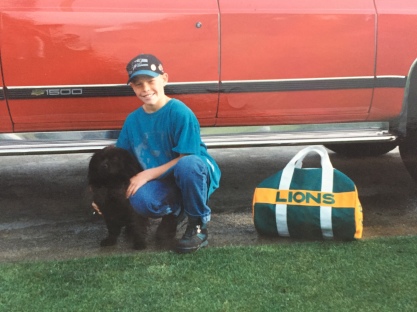 I read a story the other day of a mom having a hard time letting go of her deaf son. Letting him grow up without fear of everything she knows could potentially hurt him was difficult for her. So many memories flood to the surface  for me when I read others’ stories. But this particular time was a bit of “light bulb” moment for me as I struggle with the same fears as other moms.

I want to say Mitch was around 11 years old when I was cooking one day and  needed of a can of soup for a recipe. Instead of stopping everything and running to the store I decided to see if I could get one of the kids to ride their bike up the street to the gas station that had a store attached. It probably had the soup that I needed, so I went on a hunt to find a kid with a minute to help mom out. Tyler was out in the field with his dad, Tandi was gone with some friends, but there was Mitch looking  at me saying “sure mom, I can do that”.

Our farm was close to town, maybe a quarter mile from the nearest store. But the road we lived on was very busy and people drive fast around the corners. He would have to cross over a bridge with no room for cars and a kid on his bike, so if a car was coming he would have to wait till they passed before he could quickly scoot across. Not to mention once he reached the streets in town he would have to cross many side roads to get there.

Up till this point I had never let him go to a store alone or even buy something on his own even while he was in a store with me. I’m wondering how this would play out. Could he handle the money exchange part of this?  He has a very photographic memory so I wasn’t worried he would forget what kind of soup I needed. That was the least of my worries really. I was mostly worried about the traffic and him on his bike.

He really wanted to go and I really needed the soup. It would’ve been so much quicker for me to just jump in the car and go. By the time I spent all this time pondering the idea of him going for me, I could’ve been there and back. But I will let him do it. First time for everything, right?

He has the money in his pocket as I stand by the road watching as far as I could before he disappears from sight across the bridge. As I pace back and forth, I’m wondering if this was such a good idea, but too late now. Ten minutes goes by..  Fifteen minutes goes by.. Twenty minutes.. I wonder if I should just jump in the car and find him, but then I see him coming down the road with the hugest smile on his face. He waves to me when he sees me.

He hands me the can of soup. “mom, I need a dime for the lady”. Wait, what? You need a dime? How could you know that? What did she say and how did you understand her? He didn’t seem alarmed or think it was weird or think of any communication gap but he just said get me a dime to bring the lady.

He went on the tell me that he was short on money but the lady would give him the soup if he could bring her back a dime. I just stood and stared at him in wonder..

Wait, I still want to know how she could tell you so you could understand her, did she sign to you?  As I grilled him on exactly what she said and how she said it, he is getting a bit sick of my questioning. After all, he did get me the soup I wanted.

Still to this day I am a bit perplexed as to how that went down. Not really knowing how he understood her  or how he communicated with her. But it really doesn’t matter, all I know is that things changed for me that day in trusting him and his abilities.  I started to understood from that point on he would be able to function in the world with all the hearing people around him, with the language barrier that stood in his way; or did it?

Somehow that dime changed everything. 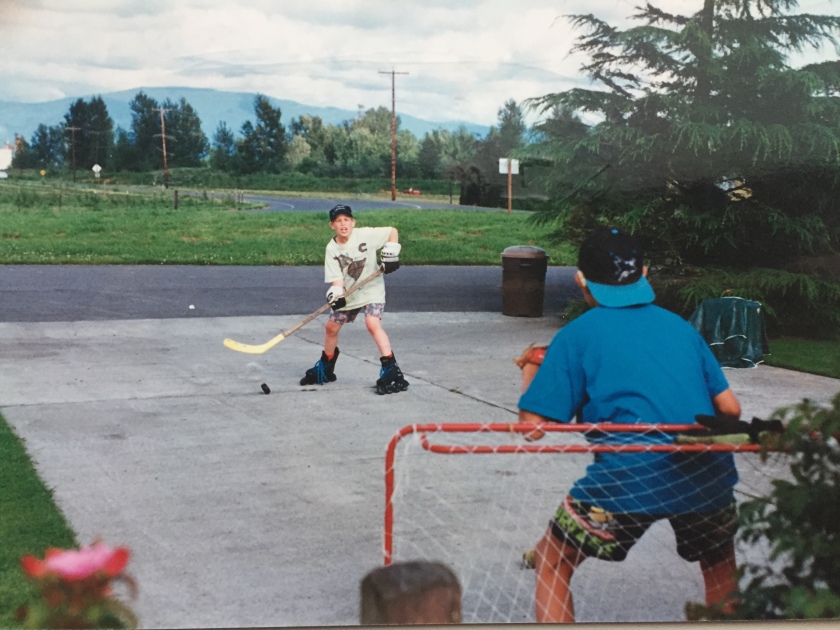